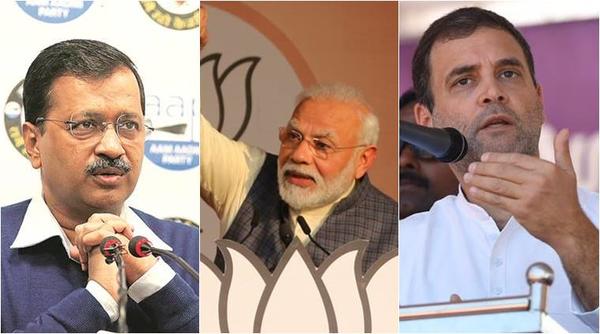 Arvind Kejriwal, who is fighting for a second term in Delhi, claimed that he is a regular at a Hanuman temple in Delhi's Connaught Place (CP).

Delhi Chief Minister Arvind Kejriwal on Monday said that he is an aficionado of Lord Hanuman. Speaking at an event, when he was asked whether he is a Hanuman bhakt (devotee), the CM said he definitely is one and even went on to recite the Hanuman Chalisa. Kejriwal said that he has been a devotee of Lord Hanuman since his childhood and frequently visits the Hanuman temple in Connaught Place.

When asked if he knows and can sing the Hanuman Chalisa, Kejriwal said he knows the verses but “is not a good singer”. As the audience laughed, Arvind Kejriwal drank from a glass of water and promptly started off with the singing as the crowd cheered him on.

He then went on to recite the Hanuman Chalisa in front of the crowd. Pounding out at the BJP, Kejriwal said that he did not need a certificate of Hinduism from the saffron party.

Delhi is going to polls on February 8, which is being hyped as a contest between Arvind Kejriwal and Prime Minister Narendra Modi as the chief opposition party, BJP, has not named a CM face for the elections. BJP has said it will fight the Delhi elections under PM Modi's leadership.

Celebrities in this Article: Arvind Kejriwal

As Kejriwal Announces More Freebies, Will Delhi Vote For Him Again?

Kapil Sharma in Rehab at Bangalore!

An Insignificant Man : Political Biopic Gets a Release Date

Big B shoots for Shoojit Sircar’s production Pink in Delhi

Amitabh Bachchan At The Launch Of Shekhar Ravjiani New Single

Bipasha Basu in Delhi For the Airtel Delhi Half Marathon