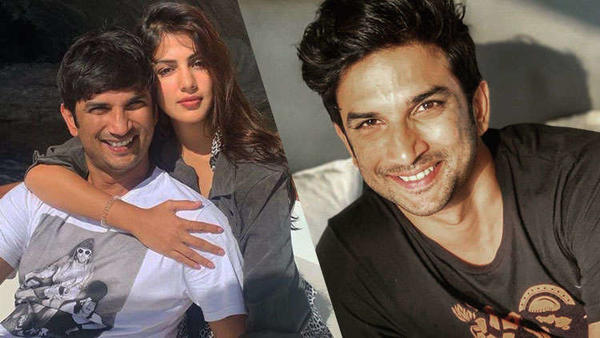 The much-in-love couple, Sushant Singh Rajput and Rhea Chakraborty are now certain to move in together. Earlier, Sushant shifted to his girlfriend Rhea's home and the two shared a flat but now the couple is planning to move-in-together in a new house because of trouble in the nest.

Reportedly, Rhea's landlord is giving a tough time to the lovebirds. According to the rent agreement, only Rhea is permitted to reside in the apartment and the landlord isn't happy about Sushant sharing the flat with Rhea.

So Rhea and Sushant have now started house hunting in Bandra as they want to circumvent annoyance and have already started looking for a house in the neighborhood. It was reported earlier, Sushant moved out of his own house as his neighbors used to get disturbed with his parties and loud music from the actor's house. Sushant too was unhappy about several things so he shifted to Rhea's house.

Well, we hope that Rhea and Sushant gets their comfy space soon. On the work front Sushant will be next seen in Dil Bechara, the Hindi adaptation of Josh Boone’s 2014 Hollywood film, The Fault in Our Stars.

Sushant Singh Rajput's cousin on Rhea Chakraborty's being interrogated by the CBI; says 'She cannot escape the investigation'

Sushant Singh Rajput's sister to Rhea: You have guts to come on National Media and Tarnish my brother's image

SSR case: “Rhea Chakraborty was not allowed to attend Sushant’s funeral, name struck off from the list” states her lawyer Satish Manshinde