Oops! Deepika Does it Again... 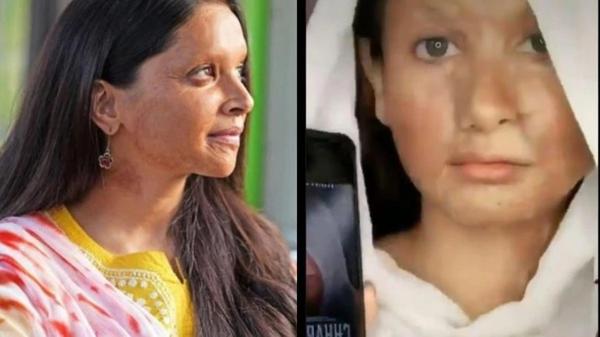 Once again, Deepika Padukone finds herself on the hit list of twitter trolls. This time Dippy made a faux pas, without a shadow of doubt, and Twitter is not known to be kind to anyone!

During here recent activities for promotion of her film Chhapaak, Deepika met many Tik Tok stars and influencers. During one of these events, she challenged one of the Tik Tok stars to copy her looks from popular films. While it was just fine to have fans copy her Om Shani Om and Piku looks, Deepika also challenged her to copy her Chhapaak look. This had Twitter react in anger and indignation.

People see this as Deepika's insincerity and insensitivity. One Tweet read, "The problem with Deepika Padukone endorsing a makeup challenge on Chhapak is that she treated it as one of her 'looks' and dismissed the entire trauma behind it. She proved that it was merely makeup for her and she clearly doesn't understand the depth of what survivors go through."

Another said, "Real colors are out. #DeepikaPadukone Shame on you, woman !You're an inspiration for so many, but you won't stop the epitome of your PR activities. Your ulte din shuru.."

One said, "No @deepikapadukone.This promo isn't cool or cute. It's insensitive & ghastly.
The movie wasn't about you & your make up. It was about a woman scarred for life.And victims like her,whose marks can't be wiped off,unlike your make up. You lost the plot,alas."

Twitter went on and on ranting about Deepika's lack of sensitivity and the depths she has stooped to for her film's promotion. Really, these B-town poeple never know any limits!

Deepika Padukone is hard at work in Paris, she enjoys her time, poses for photos with her team

Deepika Padukone reclaims her throne as the sexiest Asian Woman

Deepika reveals she was molested at age 14, her reaction to it will make you laud her

Deepika reacts to speculations about her relationship with Ranveer

Deepika said sports kept her grounded and taught her humility

Find here! What Hema Malini has to say about Deepika's engagement on twitter

Deepika expressed her keenness to work with Fawad-Sidharth