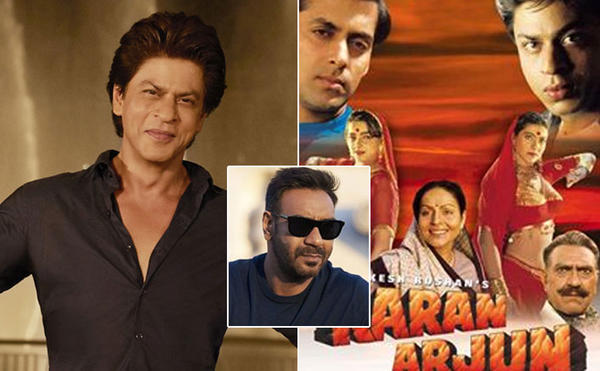 Karan-Arjun completed 25 years of its release. On the completion of 25 years of Karan Arjun, the producer and director of the film, Rakesh Roshan, publicized in an interview with a publication that Salman Khan was not the first choice for Karan's role in the film.

Rakesh burst the old rumors and revealed, "The original choice of actors were Shah Rukh Khan and Ajay Devgn. But they were not happy with their respective parts and wanted to switch. So, Shah Rukh wanted to play Karan while Ajay desired to essay Arjun. However, I refused to do so. Hence, they both backed out of the film. Basically, they were not convinced with the story and the reincarnation element. Not just them, most people I narrated the story to were not convinced.”

He also revealed that he then approached Aamir and Salman who “jumped at the script”. However, Aamir had been shooting at that time and couldn’t have started working before six months, which was too long a wait. ‘Meanwhile, Shah Rukh found out that Salman and Aamir have shown interest. This is when he came back to do the movie. He asserted that he wants to do the film. And his dates were available.’

The director said that Shah Rukh had trepidations about the film till the end but later asked for forgiveness when it turned out to be a blockbuster. Well, now we know who was supposed to play Karan-Arjun in the movie Karan-Arjun.

"No Drugs at My Party', Clarifies KJo!

Karan discovers SRK to be most intelligent one in film industry