Why is Salman Khan Turning into a 'Pados Wali Aunty'? 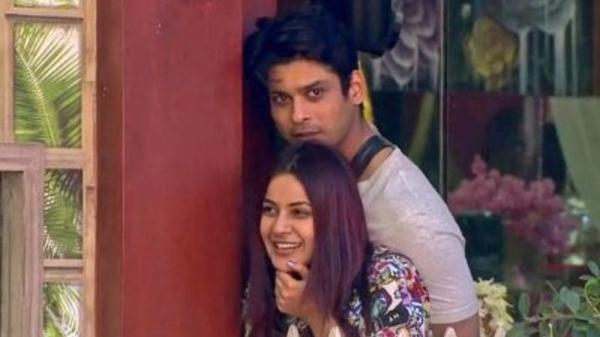 As he ages, Salman Khan seems to be losing his sense of youth and romance. He is fast turning into this neighborhood aunty who likes to keep tabs on all the youngsters in her neighborhood. This aunty knows all about who is dating who and will often poke people about their personal issues without any shame. She is most interested in finding out when people are getting married or having babies. Doesn't this sound a lot like Salman in BB13?

After #SidNaaz took this show to the Number One position, the makers obviously are thinking how to make it bigger. But could they not think of anything other than trying to destroy SidNaaz? Audience loves SidNaaz and will not want to see them break up! The makers have bigger problems here that they need to address first.

- Salman coaching everyone on their personal relationships is not interesting. First Rashmi-Arhaan, then SidNaaz, and then Vishal-Madhurima. Is Salman losing his mind or are the makers of the show forcing him to behave like a meddling aunty?

- Salman bringing up the clip where Sid is pinning down Shehnaaz or the clips of Shehnaaz slapping Sid and Mahira slapping Paras: has everyone forgotten that Salman has himself abused his women? He should not be talking of abusive relationships!

- Salman coaching Sid on being careful with Sana because she is a child and the age difference is huge. Really??? Let's look at Salman's girlfriends. When has he dated a woman his age in the last 2 decades? He is known to date women HALF his age. How does he tell people to consider age difference?

- Salman poking Deepika about having babies now, and telling Vikrant Massey that he should get married. This is the ultimate proof he is becoming an aunty!

It seems like this show is being hosted by a person that is a big star for sure, but is not in keeping with the current times. He talks and lectures like an aunty but this show is youth oriented and has a youthful audience. They DO NOT want to watch this painful melodrama from aunty Sal. Anyone listening?

Bigg Boss 13 is All About #Sidnaaz!

Salman Khan reveals if he will work with Priyanka Chopra again

Veteran actress Shammi, known as Shammi aunty to industry folks, passed away at the age of 89.

Aamir Khan on convincing Salman Khan to get married

Salman Khan confessed: he is a Jabra fan of Shah Rukh Khan

Salman And Kareena Launch The Trailer Of Bajrangi Bhaijaan