Who is Garibon Ki Deepika Padukone? 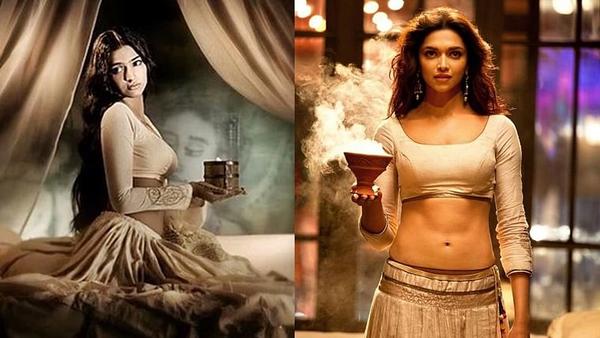 Hoping on the trend of posting a picture on ‘Flashback Friday’, Sonam shared one of her look tests from back in the day. The Delhi-6 actress took to Instagram and shared a picture of herself in an ethnic tailoring with her long curls, as she sits on a bed holding a lamp.

No sooner than she posted it, many users trolled her saying it had a mysterious semblance to Deepika Padukone’s look from Sanjay Leela Bhansali’s film ‘Goliyon Ki Rasleela Ram-Leela’ also starring Ranveer Singh.

One user wrote, "I am sure it was for ramleela", meanwhile another commented, "Lol for ramleela-shukr hai select ni hui! Another user added, "Garibon ki Deepika Padukone."

Sonam Kapoor, has been a constant stamping bag for trolls. On work front, Sonam is all set to take center stage with a new project. She will star as a blind girl in Sujoy Ghosh's next, which is the Hindi remake of the 2011 Korean film, Blind.

Sabyasachi Gets Trolled for 'Confidence' Post on Women's Day

Can Your Friends Help You In Losing Weight?

Have You Ever Witnessed Ramleela?

Sonam And Salman On The Cover Of Harper Bazzar 2015