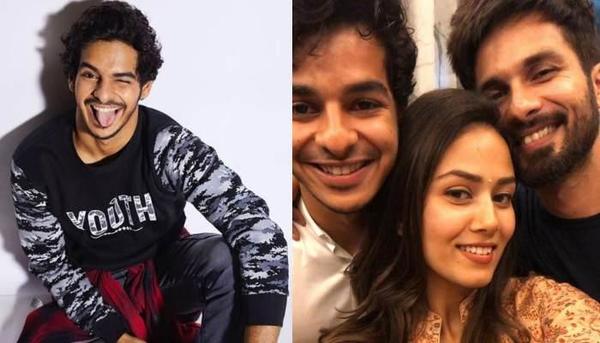 Ishaan Khatter appeared on Neha Dhupia's chat show No Filter Neha and spoke about his personal life, as well as his relationship with Shahid and Mira Kapoor. On the chat show, Ishaan revealed that whenever he wants to meet his niece Misha and nephew Zain at Shahid Kapoor and Mira Rajput's house, he has to follow a protocol strictly set by his sister-in-law.

The actor revealed the protocol that he follows before entering Shahid and Mira Rajput’s house. He said that Mira has certain rules for keeping the shoes at home. So firstly, he removes his shoes on the assigned place and then quietly enters the house. He further joked and said that it is exactly like doing a handstand. Mira has a thing against shoes and she likes them kept in one corner.

Ishaan Khatter loves Misha and Zain a lot and it can be clearly seen on his social media profile, where he has shared pictures of them with adorable captions.

On the work front, Ishaan is currently shooting for Maqbool Khan's Khaali Peeli, starring Ananya Panday. Produced by Ali Abbas Zafar, the film is an all-pervading romantic thriller. Also starring Jaideep Ahlawat and Satish Kaushik, the film is slated to release on June 12, 2020.

Celebrities in this Article: Ishaan Khatter

Guess Who's Been Roped in for Mira Nair's Adaptation of 'A Suitable Boy'?

It's a Baby Brother for Little Misha!

Ishaan Khatter on brother Shahid Kapoor's 'Kabir Singh'; says the film could've have ended in a tragic way like ''Devdas''

So adorable: Candid pictures of Zain Kapoor and Misha Kapoor

Beyond The Clouds: Ishaan Khatter's film gets a new release date