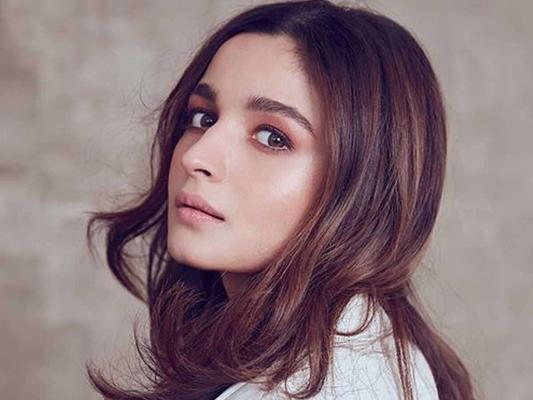 We all know that Alia Bhatt is a jewel in the Bollywood industry. Alia Bhatt is presently one of the most versatile actresses in Bollywood. 2020 is busier for the actress as she will be beginning the year with Ayan Mukerji's magnum opus Brahmastra with boyfriend Ranbir Kapoor, releasing in summer 2020. After that, her father Mahesh Bhatt's film Sadak 2 is scheduled to release on July 2020, followed by SS Rajamouli's RRR. And finally, she will be headlining Sanjay Leela Bhansali's Gangubai Kathiawadi.

Talking about her eventful year, the actress said, “God willing, 2020 is going to be quite a year. I think having two releases a year is good enough but this year, I have four. I hope they all create a little place in people’s hearts. They are all very special to me.”

The actress talked about Gangubai Kathiawadi and how working with Sanjay Leela Bhansali has always been a dream for her. “I am working with Sanjay [Leela Bhansali] sir for the first time in Gangubai. That’s something I have looked forward to since I was nine. So, you can say that the dream I had as a nine-year-old is coming true now. And then, I am thrilled to be working with SS Rajamouli sir, who is one of the most celebrated filmmakers of the country and someone whose films are looked forward to by all of us. It’s great that I am getting to be a part of his film’s journey. Maybe, we can talk next December to assess how 2020 went by for me.”

Well, this year will certainly be a busy one for the actress.

Alia Bhatt to Romance Salman Khan in Inshallah - What Do You Think?

Jokes Aside, Alia Is NOT Dumb!

Check out here! How Deepika lost out to Alia Bhatt

'Gangubai Kathiawadi': Alia Bhatt shares glimpse of her SLB's next

Gangubai Kathiawadi is turning out to be quite a learning experience for Alia Bhatt.

Cutting a Pineapple Was Never So Easy