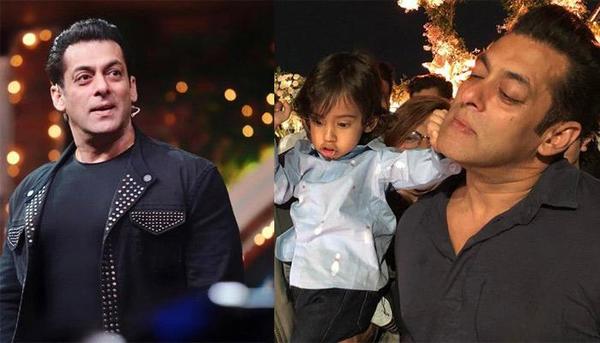 Aayush Sharma and Arpita Khan Sharma welcomed a baby girl on Salman Khan’s 54th birthday. This year, Salman's birthday became lot more special as according to reports, his sister Arpita Khan delivered her second child tomorrow, December 27. Arpita, thus has the best gift for Bhaijaan! The report further states that since Arpita wants the child to share his/her birthday with Salman, she is opting for a C-section delivery.

It was Salman Khan’s 54th birthday on December 27, 2019, and the entire nation was rejoicing his birthday and was scrolling through their news feed to get information about the new family member. And the fans were pleased in the afternoon, when the second time daddy, Aayush Sharma came out of the Hinduja hospital and shared the news with the media. And we couldn’t wait to hear the reaction of the entire family. Earlier, media had stated that Arpita would choose C-section delivery so that her second child can share his/her birthday with her brother, Salman Khan.

Salman Khan on his birthday (December 27, 2019) took to his Twitter handle and expressed his happiness on becoming a mamu again and thanked his sister and brother-in-law for giving him the best gift. Salman’s tweet could be read as “Welcome to this beautiful world Ayat. Thank u Arpita n Ayush for the best birthday gift for the whole family. May everyone who reads this bless her n may she grow up n make everyone proud. Thank u for all the love n respect. You all have been very kind, thank u thank u thank u!” He was also spotted at the Hinduja hospital with his rumored girlfriend, Iulia Vantur to meet the newborn.

Well, the elated Khan and Sharma family had released a joint statement yesterday confirming the news about Salman becoming a mamu for the 2nd time.

Grateful Salman is Overwhelmed by the Love of His Fans!

Is Salman Ready To Finally Tie The Knot?

Katrina,Sonakshi And Other At Salman Khan's Ganesh Visarjan