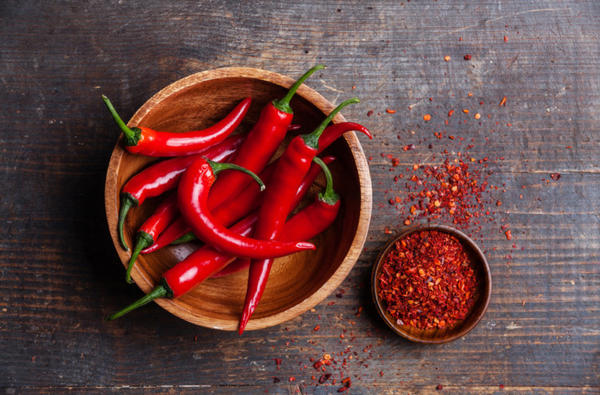 Do you know that eating chillies can help you to increase your overall life span? A new research suggests that eating chillies can actually increase longevity. The large-scale study that included almost half a million people found that those who had more spicy food – generally in the form of chili peppers – more than once a week had a reduced overall risk of death over the seven-year study period.

Though cause-and-effect can’t be shown in a study like this one, there’s good prevailing evidence that some of the compounds in chili peppers, namely capsaicin, have some important health benefits, and might be behind the connection.

It is found that people who ate spicy foods one or two days per week had a 10% reduced risk of overall mortality, compared to those who had a spicy meal less often than once per week. Eating spicy food more than two days per week was only linked to a slight additional increase: Those who ate spicy foods three to five times and six to seven times per week all had a 14% reduced risk of dying. People who didn't drink alcohol seemed to have the most benefit.

It's too early to recommend eating chillies or spicy stuff for health purposes, but if you currently enjoy a spicy dish a couple of times a week, go ahead and carry on. It might provide a kick in more ways than one.

How to Cool Down Your Tongue After Eating Spicy Food

3 Reasons Why Eating Late at Night is Bad for You.

Is Spicy Food Good for Your Health?

Spicy Food Is Good For You!