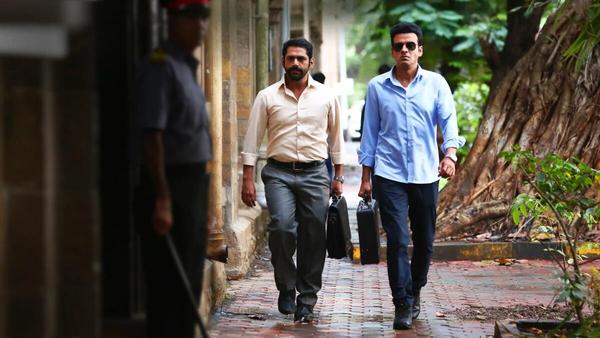 Amazon Prime Video has reintroduced The Family Man — the Manoj Bajpayee-starrer socio-political action thriller series — for a second season. The Family Man Season 2 has begun the shoot, but no release date has been set, and there's no word on Akkineni's role. Manoj says that the series is getting bigger and better.

Created and co-written, directed, and produced by Raj Nidimoru and Krishna D.K. — better known as Raj and D.K., the duo behind films such as Go Goa Gone — The Family Man is about an administration agent called Srikant Tiwari (Bajpayee), who brawls to balance the clandestineness of his counter-terrorism job with the demands of his own life that includes his family: a wife in Suchitra Tiwari (Priyamani) and two kids.

Manoj Bajpayee reveals that he will be working on four films back-to-back in 2020. Taking time out from the shooting of The Family Man 2, the versatile actor got candid with leading media houses about his big win on the global platform, the digital space, and why his Srikant Tiwari stuck a chord with the audience.

We are really happy that ‘The Family Man’ season 2 will get a release soon. Are you excited to see Manoj Bajpayee on the digital platform once again?

Celebrities in this Article: Manoj Bajpayee

5 Reasons You Must Watch "The Family Man" on Amazon Prime

Tips for Keeping Your Family Healthy During the Monsoon Season

5 Benefits of Eating Dinner Together as a Family

Manoj Bajpayee talks about his days of struggle

Manoj Bajpayee and John Abraham to star in an action thriller

Manoj Bajpayee will be honoured with the Dadasaheb Phalke Award

Manoj Bajpayee And Anupam Kher At Unveil Of Special 26 Book

Punjabis Are Hilarious, This Man Proves It!