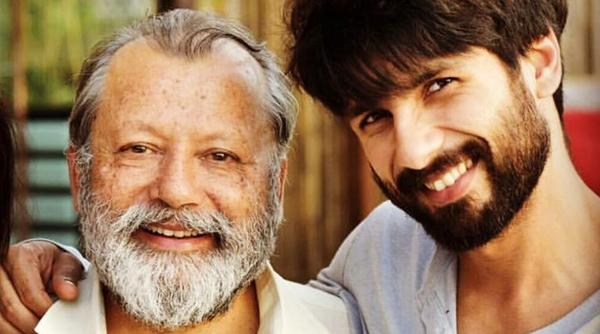 Shahid Kapoor and his actor father Pankaj Kapur are reuniting after 4 years for the work-in-progress film Jersey. The movie is the Hindi remake of the 2019 Telugu movie of the same name, which featured south actors Nani and Shraddha Srinath in the lead roles.

It was also publicized that Mrunal Thakur joined the cast of the film. Now, another actor joining the film and its none other than veteran actor and Shahid’s father, Pankaj Kapoor.

In the remake, Shahid Kapoor will play a cricketer while Pankaj Kapur will play his mentor. The father-son pair were last seen together in the 2015 romantic comedy Shaandaar (more on that later). Confirming the news on social media, Bollywood trade analyst Taran Adarsh wrote: "Confirmed: Father-son on big screen again... Pankaj Kapur to play mentor to Shahid Kapoor in Jersey... Co-stars Mrunal Thakur... Directed by Gowtam Tinnanuri, who has also helmed the original Telugu version... August 28, 2020 release."

Coming back to Jersey, speaking about working with his son again, Pankaj Kapur told a leading news agency that, "Working with Shahid has always been very interesting and I have always admired his ability to portray emotions beautifully." He added: ""I am very excited to be a part of the film. 'Jersey' is a very strong story and is driven by emotions.”

Shahid Kapoor is 'sleepless and anxious' as he kickstarts 'Jersey' shoot, hopes to 'find truth in this new journey'

Pankaj Kapur on his literary debut: Supriya pushed me to get it published

Shahid reveals I wait for my father's compliments on my work

Check out: Pankaj Kapur in a career-defining performance as Bishen Singh

Groom’s Parents And Relatives Arrive In Delhi For Shahid's Wedding