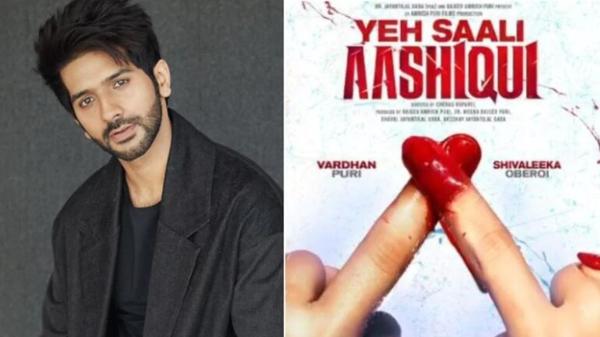 The late Amrish Puri’s grandson, Vardhan, is all ready to make his Bollywood debut with ‘Yeh Saali Ashiqui, which will release sometime in early 2020.

When asked why he chose to unveil with a psychological thriller, Vardhan says, "There is no right or wrong way to debut. I just loved the story and I connected very deeply with the character and I felt that this is something I have to do so by destiny it became my debut film."

Vardhan, a graduate in business management, has been involved with theatre since a very young age — both as an actor and a backstage hand. According to a media report the new actor reads a lot of Freud’s works to understand the human mind, because he believe that the mind is where all the ideas of acting come from.

Prior to the Cherag Ruparel-directed movie, Vardhan had signed two more films, but the projects never saw the light of the day. The actor said he is an optimistic person, but back-to-back setbacks affected him.

Vardhan said his parents helped him sail through dark times by telling him about the struggles of his grandfather. Well, we wish that the star kid gets what he deserves on the bock office collection.

Shekhar Kapur condemns Mr. India 2 announcement: Can only guess that they are using the title to get a big weekend

Did you know Vardhan Puri worked with Parineeti Chopra, Bhumi Pednekar in YRF?

Vardhan Puri left no stones unturned to prepare for his role in his debut film, Yeh Saali Aashiqui

Amrish Puri's grandson Vardhan: Grandfather's advice on acting is Bible to me

Anupam Kher: Amrish Puri's Mogambo role was offered to me

Aryan Khan Debut Not On the Cards Anytime Soon