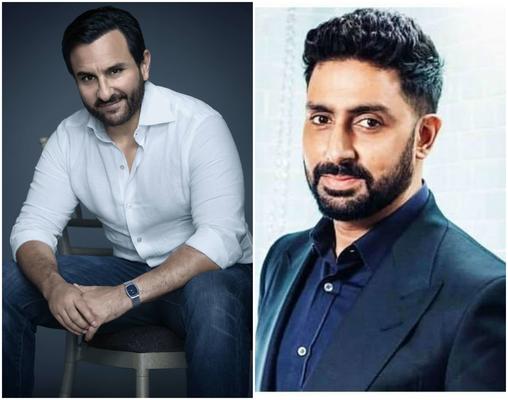 As per the recent reports, Abhishek Bachchan and Rani Mukerji's box office blockbuster Bunty Aur Babli, which was released in 2005, is getting a sequel and Saif Ali Khan will replace Abhishek for the lead role.

Earlier Saif had turned down the offer, due to his tight calendar. However, now he has given his nod for the film. Rani will reprise the role that she played in the original Yash Raj Films project.

As per a source close to YRF, "Apart from Saif and Rani, Siddhant Chaturvedi and Sharvari Wagh have been roped in for the film. The film will in fact continue from where the earlier one ended. R Madhavan was also approached to play the role that Abhishek Bachchan played in the original, but it doesn't seem that the dates worked out.

Saif is now in the project, getting the Hum Tum team back together. Saif had won the National Award for Best Actor when he was paired with Rani in Hum Tum. The interesting part of the film is that it will continue from where the earlier one ended.

Saif And Shahid Patch Up!