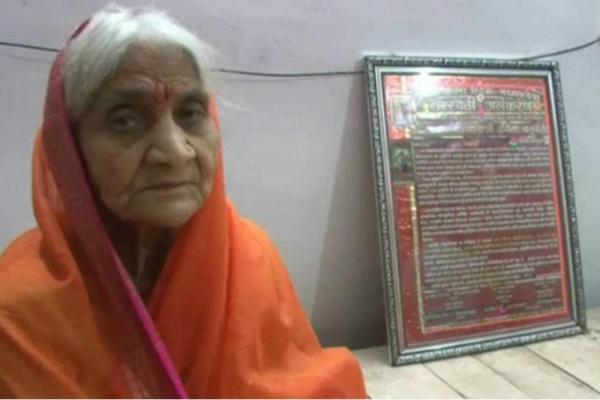 Urmila had vowed not to take food in the year 1992 when communal riots hit several states, including Jabalpur in Madhya Pradesh, following the demolition of Babri Masjid in Ayodhya.

Urmila is happy that after a wait of 27 tough years, the judgement was finally conveyed. She narrated how some made fun of her and others pressurized her to end fast. However, there were a few who commended her shingle and discipline, and felicitated her on public platforms.

She is now awaiting the temple edifice and wishes to end her strict diet after visiting Ayodhya and seeking blessings of Lord Ram. Her family said that age might have weakened her body but the grit and zeal of the octogenarian remains unharmed.

Shraddha Kapoor shares her love for tea and thanks special someone!

Sidharth Malhotra slammed for promoting 'A Gentleman' amid Panchkula violence

Amid Ram Rahim verdict riots, Sidharth asks people to follow his 'A Gentleman'

How To Use Bananas in Cooking

Have You Ever Laughed So Much At Your Own Wedding?