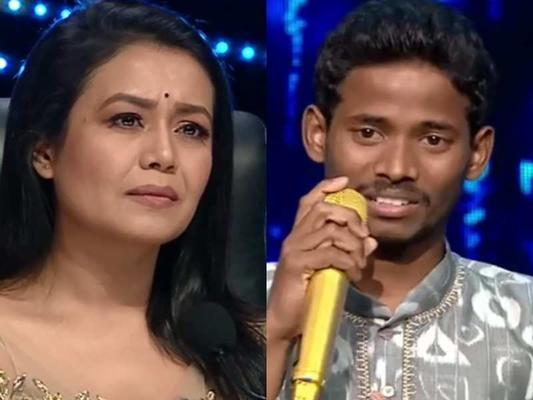 Indian Idol 11 has seen a lot of interesting moments, and this time it has made headlines because of Neha Kakkar's gift to a contestant.

In a new teaser, a contestant from Jharkhand named Diwas is seen speaking about the support he received from people of his state after his audition. He also talked appreciatively about being praised by Sachin Tendulkar via Twitter. When asked about his Diwali plans, the singer first says that it is special for him to be on the stage, but then gets emotional as he has not gone home in six years.

Diwas added that for six years, he used to work in a factory and only listen to firecrackers outside. This made Neha Kakkar emotional, who then declares that she will give him Rs 1 lakh to take a flight and go back to meet his family. She also said that she wanted him to buy gifts for his family.

Well, the gift given by Neha Kakkar is one of a kind and her gesture shows her love towards her contestants.

16YO Tik Tok Star Siya Kakkar Died by Suicide - What is Ailing Our Youth?

Let Your Gift Speak For You...
LATEST EVENTS / GALLERIES
Most Read
...loading