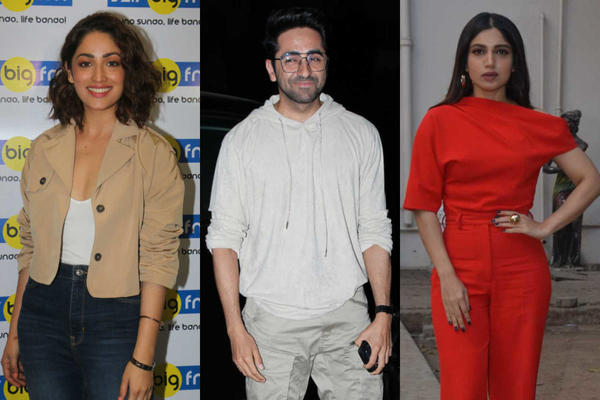 If you think of one thing that Yami Gautam has been mercilessly trolled for, it has to be her brand promotions for Fair & Lovely. Long before Yai made her Bollywood debut, she began endorsing the fairness cream. So when her debut film 'Vicky Donor' released, people began to troll her for her choice in brand endorsements. Yami is now talking about this, years later. What does she have to say?

"It (trolling) started very strongly, especially when I didn't even know the meaning of being trolled. Before that people don't know that right after Vicky Donor... I had a meeting with the brand. I said, 'Listen guys, there is no problem promoting the brand. You have fairness and tanning creams abroad. But the idea to show that not being fair is something to be unhappy about, that's not right.' Maybe the name Fair & Lovely has been retained, so it is difficult to see beyond that, but the four faces are gone."

So why is Yami talking about this now? Apparently, her new film 'Bala' highlights the issue of our obession with fair skin, along with the issue of receding hairlines in men. So Yami believes that her association with this film proves a point.

"All this 'gorapan (fairness)' and the kind of ads which were being made, thankfully aren't there anymore. They shouldn't be. The fact that I am part of a film like Bala, where the issue is highlighted, shows that I know what I'm doing."

Celebrities in this Article: Yami Gautam

Yami Gautam finds inspiration in Sridevi for her character in 'Bala'

Bhumi Pednekar: Will break the set definition of beauty

Yami Gautam is her own case-study for next release Bala

Its a wrap for Ayushmann, Bhumi and Yami Gautam starrer 'Bala'!

Sonam Kapoor And Yami Gautam Walked On Ramp At IIJW 2014

Should You Buy Expensive Cosmetics?