SRK's Interview with David Letterman on Netflix is Unmissable! 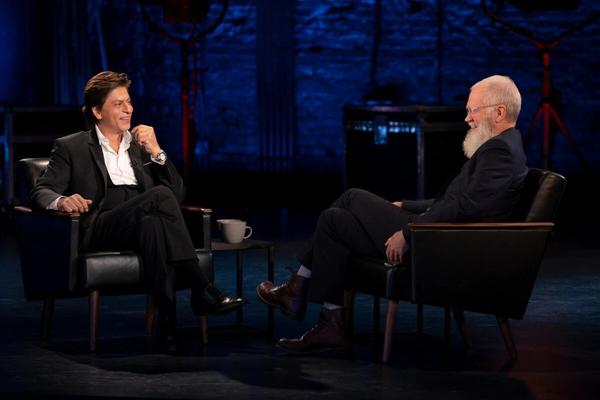 The much-awaited episode of 'My Next Guest Needs No Introduction' with David Letterman featuring Shah Rukh Khan aired on Netflix yesterday and Twitter just can’t keep calm.  The episode left King Khan's followers awestruck yet again with his witty responses, and what is being flaunted as the 'biggest ovation' ever received by a star at Letterman's show.

The duo's discussion spun around SRK's life as a child, how he met his producer wife Gauri Khan, and his journey of success and thoughts on US President Donald Trump. From SRK being at his honest best to Letterman serving witty humor in bountiful amounts, the episode was a gigantic hit with his fans in India and abroad as well.

Shah Rukh Khan never fails to astonish us and that is exactly what he did throughout the course of his episode. During the show, he publicized that he often likes to refer to himself as the "Indian equivalent" of Hollywood actor Tom Cruise. When Mr Letterman asked the actor for his views on the current American President Donald Trump, the actor said, "Let me say it as politically correct way as possible. We look up to America. As Indians, we aspire to be there. But we are like okay with you. Maybe you guys deserve it." SRK's answer surely cracked David Letterman up.

Well, if you have not watched the show on Netflix, do give it a look. SRK’s witty humor is all we need in this present day.

Learn to Organize Your Home With Reese Witherspoon

Koffee With Karan 6 to Kick Off With new Faces!

Find out! Who is the special guest for Shah Rukh Khan this Eid?