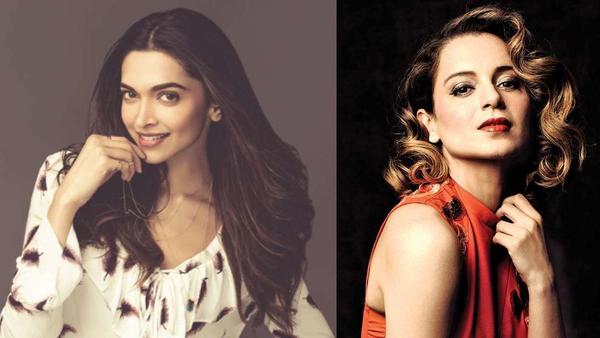 War of words between Kangana and Deepika is a never ending drama. In recent times, Deepika received backlashing from Rangoli, who in a series of Twitter posts slammed Deepika for her comments on mental health, in relation to Kangana’s latest release ‘Judgementall Hai Kya?’

Deepika, in a recent interview, spoke about mental health at an occasion and her comments on the film ‘Judgementall Hai Kya’ created controversy. A fan-club shared her statement that read, "When we have films like Mental Hai Kya, and we have posters in a particular manner, we have to be more sensitive. Because we are working towards de-stigmatizing mental illness, and on the other hand, they are stereotyping it.”

She allegedly went on to explain, "Mental illness wasn't made to be understood for so many years. We shouldn't stereotype it. We're not going to progress that way.” After a post which highlighted Deepika’s take on mental illness was out on social media, Rangoli replied to the post with Deepika’s quote and took the actress head-on, saying, “Kangana still feels we must normalize word Mental.”

Early this year, Chandel targeted Deepika in the discussion after the actress’ foundation expressed the need to be "responsible and sensitive towards the needs of those suffering" in context to the ongoing row around the film's title.

Well, it seems like the feud between the two actresses will go on for a long time now. What do you think?

'Mental Hai Kya' to Clash With 'Super 30' - Audience Will Finally Pick the Winner!

When Anupam Kher met his “favourite” Kangana Ranaut at the airport

Rajkummar Rao on prepping for Mental Hai Kya: Can't compromise when it comes to work