Prateik Babbar is Working in a Film Revolving Around Triple Talaaq! 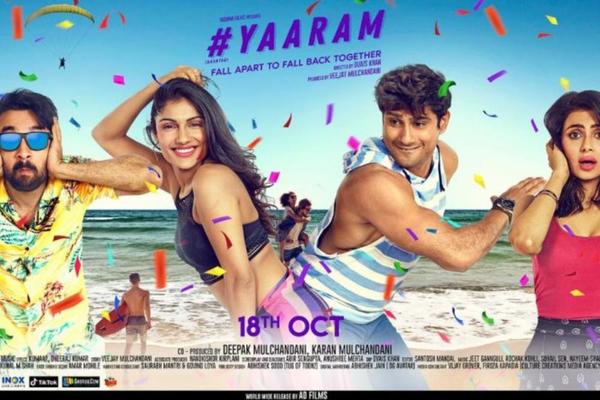 As per the latest news, Prateik is bringing the Triple Talaaq issue on big screen on October 18, through his film, titled as #Yaaram. The romcom pacts with a plot of 3 educated friends, being played by Prateik Babbar, Sidhant Kapoor and Ishita Raj Sharma. It’s been shot in beautiful locations of Mauritius and deals with the issue of triple talaaq.

During media interaction with Ovais Khan, we tried understanding his view points on Triple Talaaq and how his film reflects the matter. The director told the media, “My film’s story revolves around 3 friends and their love story. Prateik Babbar, who plays the role of a Hindu boy, Rohit Bajaj decides to convert his religion to Islam just to get married to Ishita Raj Sharma, who plays the role of Zoya- a Muslim girl married to Sidhant Kapoor portraying the character of Sahil Qureshi. Now, Sahil gives instant triple talaq to Zoya and that’s how she becomes a victim of triple talaq- this is the crux of the story.”

Without getting political, we may find Parteik in direct opposition with his father Raj Babbar who has reportedly spoken against the Triple Talaq Bill. Though Prateik is just frolicking a character but considering the sensibility of the issue, things may take unexpected turns.

Yaaram is produced by Vijay Mulchandani under the banner of Yashvi Films, Yaaram is all set for release on October 18th, 2019.

Celebrities in this Article: Prateik Babbar

All You Wanted to Know About 'Four More Shots Please'

Did You See the Sentimental Posts for Smita Patil on Her Death Anniversary?

Why Do Films Like 'Mulk' Fail at the Box Office?

Prateik Babbar and Sanya Sagar are now man and wife; here is the FIRST PHOTO of the newlyweds

Triple Talaq: Time when Bollywood talked about it!

Prateik,Riya And Anusha At Gold Gym's Fit And Fab 2013 Contest