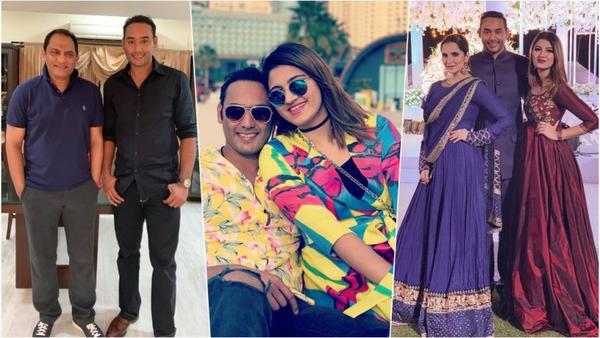 After long waiting, finally Sania Mirza revealed that her sister Anam and Mohammad Azharuddin's son Asad are set to get married in December. Sania also revealed that she and her sister have been to her bachelorette trip already and everyone's really excited for the wedding.

“She (Anam) is actually getting married in December. We just came back from her bachelorette trip in Paris. We are really excited," Sania told a leading media house. "She is marrying a lovely boy. His name is Asad and he happens to be the son of Mohammad Azharuddin and we are really excited about it," Sania was quoted as saying on Saturday.

The fans are pleased to hear the news that Anam Mirza is set to marry the man of her dreams. Sania Mirza has also posted striking pictures from Anam Mirza's bachelorette trip in Paris. The fans are eagerly looking forward to see the beautiful Anam Mirza in her bridal glory.

Anam Mirza is a fashion stylist by profession and Sania is mostly styled by her for events.

Celebrities in this Article: Sania Mirza

Sania Mirza Reveals How She Lost All the Mommy Weight!

Salman Khan and Sania Mirza on All Is Well

Sania Mirza - Who are you to tell me...
LATEST EVENTS / GALLERIES
Most Read
...loading