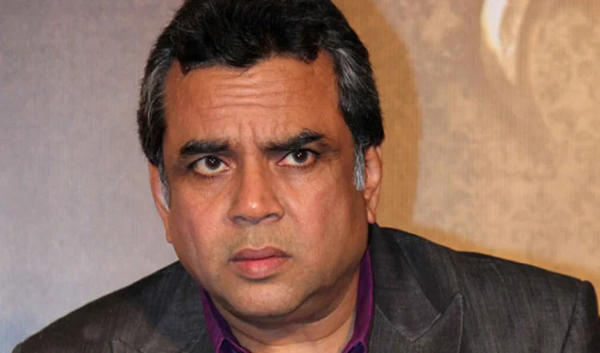 Actor Paresh Rawal has now apologised to Kafeel Khan, the Gorakhpur doctor who was previously accused in the BRD Medical College tragedy which led to the death of more than 60 children.

In a rare sign, actor Paresh Rawal has apologized to suspended Gorakhpur doctor Kafeel Khan for his derogatory tweet, made two years ago. Paresh Rawal had called Kafeel a "hero in the eyes of the ever active termite clan" in a tweet soon after the BRD Medical College disaster in Gorakhpur that led to the death of over 60 children due to lack of oxygen supply in August 2017. Kafeel Khan was subsequently suspended and also arrested for alleged negligence and corruption that led to the tragedy. However, he was recently forgiven of the charges in a departmental inquiry.

Paresh Rawal apologized to him on Twitter on Wednesday. "There is no shame in apologizing when one is wrong...I apologize to Dr Kafeel Khan," the actor tweeted.

Reacting to the apology, Kafeel Khan responded while he was grateful of Rawal's apology that, "We should also be sorry to the 70 parents who lost their kids in the BRD oxygen tragedy."

The inquiry report in the oxygen supply event submitted to the medical education department in April this year did not find Kafeel Khan guilty of medical negligence and corruption.

Celebrities in this Article: Paresh Rawal

OMG! Worth The Price of a Ticket?

… And Now Konkona And Paresh

Paresh Rawal: Never said I want to work in Pakistani films, it is neither my wish

Paresh Rawal: I can play Modiji best on screen

Again Akshay and Paresh Rawal team up for Priyadarshan's next!