Ishaan Khatter to Play a Cabbie in This Film! 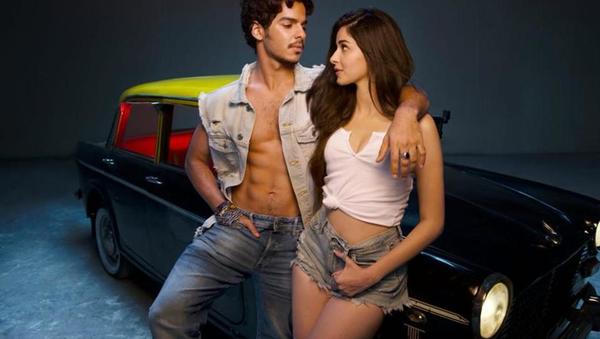 Ananya and Ishaan have begun shooting for their upcoming film Khaali Peeli. In the movie Ishaan will be seen playing a role of a cabbie. Khaali Peeli is a romantic film and a remake of the South film Taxiwala, set in Mumbai.

A source close to the film has revealed to a media house that there are hardly any adjustments if you compare Khaali Peeli to Taxiwala though there were debates on board about incorporating more of them. So, Ishaan will be playing the role of none other than a Taxi Driver who meets Ananya an enroute passenger. Ali Abbas Zafar is producing the film and it will be largely shot in Mumbai. Khaali Peeli marks the directorial debut of Maqbool Khan.

Ishaan recently shared the first look of the film on Instagram with the caption in Hindi, “Ek dedh shana, ek item, ek taxi aur ek raat ki kahani. Apun la rahe hain 2020 ki sabse rapchip picture. It’s time for #KhaaliPeeli (A street-smart guy, an item, a taxi and the story of one night. We are bringing the most awesome film of 2020. It;s time for Khaali Peeli).”

Well, it would be interesting to witness this unique love story and the bond between two newcomers. It is an undisputable fact that Ananya had impressed us with her stricking presence in Student Of The Year 2 and Ishaan had one of the best debuts with breathtaking performance in Beyond the Clouds.

We will certainly wait for the movie to come out on the big screen.

Guess Who's Been Roped in for Mira Nair's Adaptation of 'A Suitable Boy'?

This is What Celebrities Say About the Lead Pair After Dhadak Screening.

Mumbai Is Among The World's Dirtiest Cities

Ananya Panday is all praise for her ‘Khaali Peeli’ co-star Ishaan Khatter, says ‘world is going to see a lot more of him’

Ananya Panday on Khaali Peeli: Had only one day of shoot left

Ishaan Khatter on brother Shahid Kapoor's 'Kabir Singh'; says the film could've have ended in a tragic way like ''Devdas''

Ananya Panday: I will try to match up to Alia Bhatt’s Gully Boy slang in Khaali Peeli

Ananya Pandey in awe of Ishaan