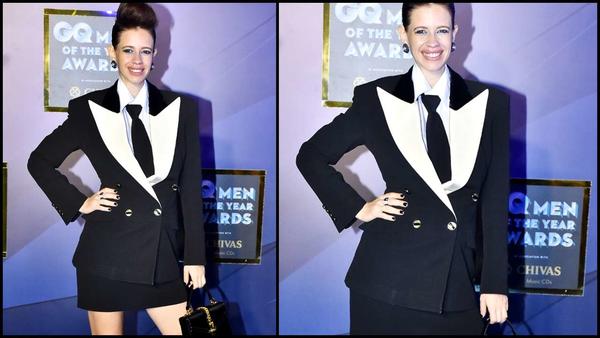 Bollywood actress Kalki Koechlin has finally revealed that she is pregnant. Actress Kalki Koechlin, who is dating musician Guy Hershberg, revealed she's five months into pregnancy in an exclusive interview with a leading media house. The actress, who never ever thought about motherhood, is finally ready to bring a new life into the world during her 30s with her boyfriend Guy Hershberg.

Kalki also unbolted about how her imminent motherhood is affecting her. She said, “I already feel the changes in the way I react to things. I am more deliberate, slower, more patient. When motherhood comes eventually, it brings with it a new consciousness to your sense of person.”

She added, “I still want to work but it is less about the rat race and more about nurturing oneself through one’s work. It becomes about infusing concentration and energy inward.”

Kalki self-confessed that she is unsure as to what kind of mother she is going to be. She says, “I know that I want to be an engaged parent. My concern is to connect with my child, not to have a particular rule, or expectation.”

Kalki Koechlin was formerly married to filmmaker Anurag Kashyap but they divorced in 2015. Well, we are happy for Kalki and wish her all the best for a new chapter in her life.

Celebrities in this Article: Kalki Koechlin

Who's This Hot Momma?

Kalki Koechlin at The Launch Of Star N Style