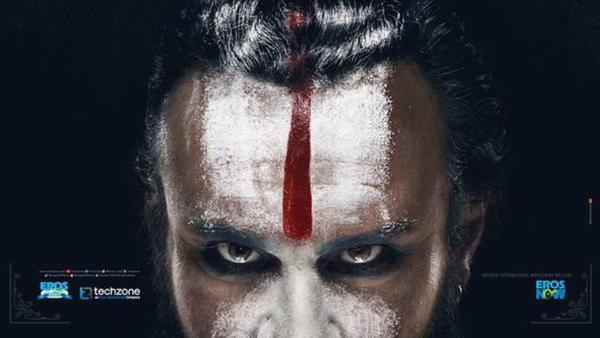 The makers of Laal Kaptaan has unconfined a new poster of the film. With the announcement of the new poster they have also announced the new release date of the film - October 18.

Taking to Twitter, Eros had publicized the first poster of the film, alongside the caption, "Blood in his eyes, revenge on his mind, he's out to kill! #LaalKaptaan, in theatres from 18th October. Stay tuned as the HUNT reveals tomorrow."

After the poster got released, it instantly reminded of Jack Sparrow from Pirates Of The Caribbean. The resemblances are not very hard to spot in the poster. The long hair, the dramatic kohl-rimmed eyes, the bandana on the head and the intense expression on the face, did remind the Internet of Jack Sparrow's look and they didn't seem very impressed about it.

Laal Kaptaan will see Saif Ali Khan as ash-smeared Naga sadhu. The film is being directed by Navdeep Singh and is produced by Aanand L Rai and Eros International.

Poster Boys Review - in Case You Want to Watch the Film

Simmba' poster: Ranveer Singh is the new cop in town