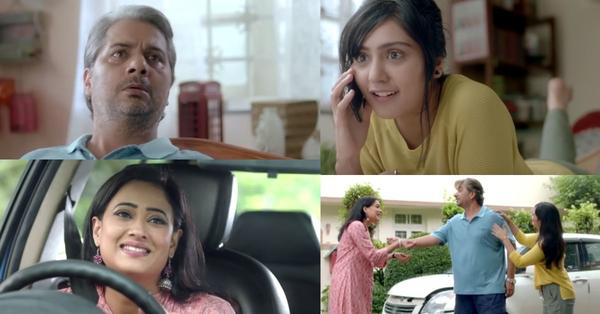 Shweta will play a Punjabi character in Mere Dad Ki Dulhan, a coming-of-age story that will be aired on Sony Entertainment Television. Now, the teaser of Mere Dad Ki Dulhan is out and it unquestionably assures to bring roughly new to the Indian audiences.

Going by the teaser of the show, it looks quite invigorating and looks like an honest attempt at a good story with excellent and extremely talented cast- Shweta Tiwari and Varun Badola. Shweta Tiwari's daughter Palak Tiwari took to Instagram and shared the teaser of Mere Dad Ki Dulhan.

When Shweta was asked about her comeback on the new show, she said, "I am coming back on television screens after three years and I have selected Mere Dad Ki Dulhan as my comeback show because it is a very different character that I am portraying. It has a lot of emotions and is hilarious at the same time.”

Celebrities in this Article: Shweta Tiwari

Who is This Girl That Was Ekta's Choice for Kasautii Remake?