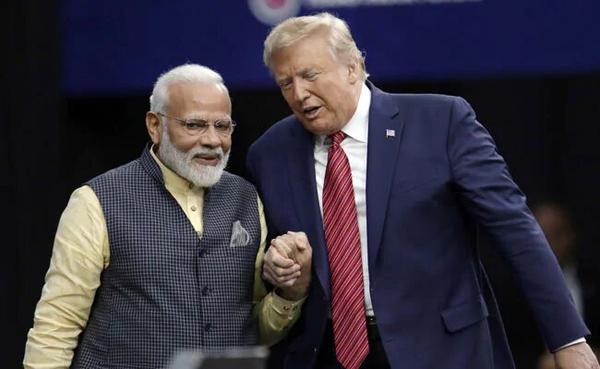 Prime Minister Narendra Modi, together with American President Donald Trump, addressed the Indian-American community at 'Howdy, Modi!', at the NRG Stadium in Texas’ Houston on Sunday. The association between the two world leaders is certainly a staple of pride for Indians.

Upon reaching at the airport in Houston, the PM received warm welcome from both Indian and American officials. Expectedly, Twitter also got excited about the event and several people – both from India and the US – started tweeting all sorts of comments on the micro-blogging sites.

One twitter user community wrote that they are happy to see a leader with another great leader in one stage together. Another twitter user wrote, “We are ready to once again hear Modi, Modi chants in Houston. I am sure you will deliver your best as always. India's representation on the world stage have been stronger under your leadership.”

PM Modi started his speech by addressing the Indian-Americans who were present at the stadium to eyewitness history. He said, "This atmosphere is unprecedented and extraordinary. When you talk of Texas, everything is on a grand scale."

The Houston event will be Modi's third chief address to the Indian-American community after he became the prime minister in 2014 and the first after his re-election in May.

Whitney Houston Is No More

Narendra Modi's swearing-in ceremony: Kangana and others attended the event

It's pool time for these little ones!
LATEST EVENTS / GALLERIES
Most Read
...loading