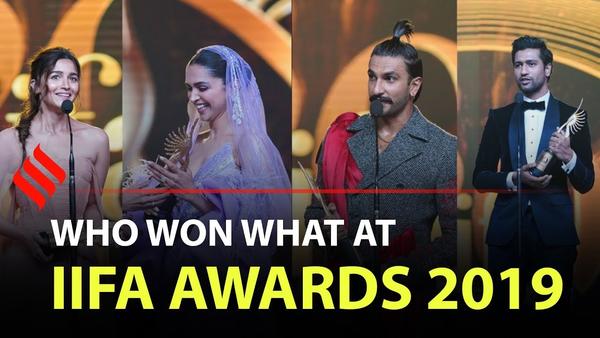 The 20th edition of the International Indian Film Academy (IIFA) Awards was celebrated in Mumbai on 18th September. While Ranveer Singh walked away with the best actor trophy for Padmaavat, Alia Bhatt won the best actress for her role in Raazi.

Here below we have the entire list of winners from IIFA 2019.

So, can you find your favorites from the above winner list?

Bhumi Pednekar: Glad similar opportunities have opened up for both male and female actors

Long way to go: Sonakshi Sinha on having a female 'Dabangg'

Ranbir Kapoor's Sanju most discussed movie of the year

Monali Thakur: There are fewer opportunities for female singers in Bollywood

Ajay Devgn: We don't believe in films with vulgar jokes where actresses are used as props

What Do Americans Think of Our stars?