Taapsee Pannu and Anubhav Sinha Collaborate for their Next Film Thappad! 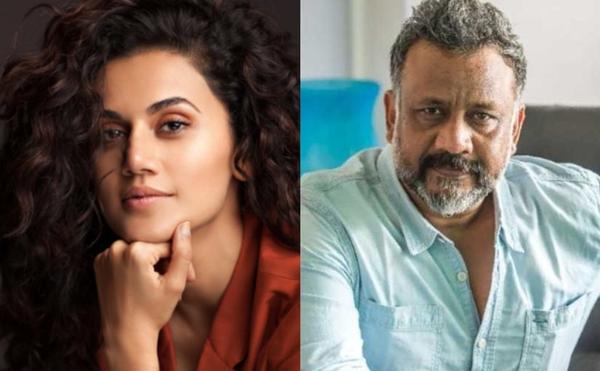 After Mulk, Taapsee Pannu and Anubhav Sinha have started working on their next collaboration, a film titled Thappad, which is planned to hit the theatres on March 8 next year. Taapsee Pannu has outwardly kick-started shooting for her next flick Thappad with director Anubhav Sinha. Not only this, but the actor is all impelled up to use cinema in the right way and hinted at the next to be a socially-driven film.

On Saturday, the Mulk actor shared a toneless picture with Anubhav and team pondering over the movie story. On social media handle, the 32-year old captioned, "It's time again....This one is something that was brewing in all our hearts for years....Using the power cinema has given us to voice what needs to be addressed.”. Taapsee is unable to control her excitement as she put out another picture of her welcome by the filmmaker.

The actor was welcomed with a cake and a letter from the filmmaker's production house - Benaras Media Works which read, "Dear Taapsee, We are excited to have you again and to begin shooting for Thappad."

Taapsee Pannu and Her Sister are Huge Fans of This Gorgeous Actor!

A Review of Taapsee Pannu's 'Thappad'

Why Do Films Like 'Mulk' Fail at the Box Office?

A movie with morale,"Naam Shabana" is all about women power and growth!!!

Anubhav Sinha: I have made 'Thappad' for men not women

Taapsee Pannu about her character in Thappad: Amrita made me grow

First look of ‘Thappad’: The poster of the Taapsee Pannu starrer will leave you intrigued!

Taapsee Pannu: Ready to give woman's perspective a chance

After 'Mulk', Taapsee Pannu and Anubhav Sinha collaborate for another social-drama