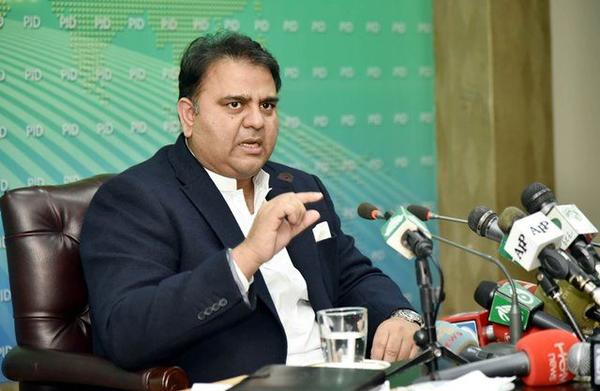 The setback to the ISRO’s lunar mission left millions of Indians teary-eyed and the world miserable but at the other side of the border, it became a cause of deride and mockery for some.

Incongruously, it was Pakistan’s Science and Technology Minister Fawad Chaudhry who shot a series of dreadful tweets using the hashtag “India Failed” after ISRO lost contact with its Vikram lander. In the series of rancorous tweets, Chaudhry even raked up IAF Wing Commander Abhinandan’s capture and release by Islamabad.

However, Pakistani Twitteratti were not impressed and heavily came down on Chaudhry for wafting "anti-science sentiments". Pakistanis were quick to point out that a setback to Chandrayaan-2 is not something to be mocked and that it was inappropriate of a minister to make such oblivious jokes.

That being said, Chaudhry is not new to cracking inappropriate jokes about profound issues. During ICC World Cup 2019, Fawad Chaudhry tweeted an offensive joke after Afghanistan beat Pakistan by three wickets in a World Cup warm-up match.

Deriding India's space mission is ingenuous, especially when our success in that department is far more progressive than many other countries. We are happy that people of Pakistan are supporting the cause and not promoting anti-science sentiments.

Ali Fazal: It's an Honour for Me to have been accepted into the Academy

Priyanka Chopra trolled for disrespecting the Indian flag, not wearing a sari while doing it

Shah Rukh keen to make another film similar to 'Ra.One'

Can You Defy Gravity?