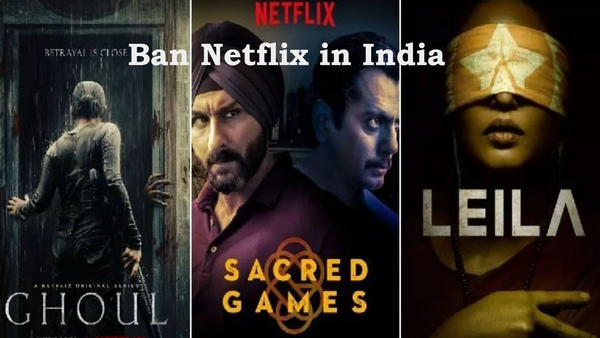 Currently, #BanNetflixInIndia is trending in Twitter for all bad reasons. Netflix is being slammed for its content and Twitter users are condemning it of slandering Hindus and India globally.

#BanNetflixInIndia is trending on Twitter with over 32 thousand tweets on the hashtag. The trend has reaped support from the users online. People backing up this trend suggest that Netflix, through its content has been trying to slander the name of the Hindu religion and also the country.

On 4th September, Ramesh Solanki, a member of Shiv Sena IT cell had funneled a police complaint against Netflix for defaming Hindus and India globally. Solanki in his complaint had blamed that shows like Sacred Games, Leila, Ghoul, and acts of Comedian Hasan Minhaj on Netflix have hurt feelings of Hindus hence he seeks a complete ban on the OTT giant.

"Almost every series on Netflix India is with the intention to defame the country on a global level. It is with deep-rooted Hinduphobia that the platform is portraying the nation in a bad light," Solanki has stated in his complaint.

While a section is claiming that Netflix has been running Anti-Hindu and Anti-Hindi content, there’s another section that doesn’t agree with them or are indifferent. What do you think about the #BanNetflixInIndia trend? Do you agree with the ban appeal or should ignore the present hustle against the OTT giant?

Top 3 Trends for This Spring You Should be Aware of!

JIO MAMI and Netflix event: Swara Bhasker is the Fashion Culprit of the Day

Ravindra Jadeja meets with road accident, hits a girl with his car

The Trend Of Naming Bollywood Movies After Evergreen Songs

Asin On The Cover Of The Hindu Bridal Mantra