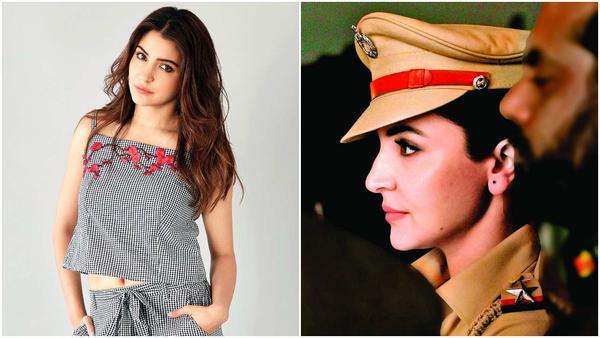 As per the latest buzz, Anushka Sharma is playing a role of a cop in her next big project. We have got hold of Anushka’s cop avatar in one of her next ads and it’s sure to get her fans excited.

“Anushka dons the cop uniform and she will raid a house of a suspect in this ad. It’s a hilarious ad and Anushka’s comic timing is as always, absolutely spot on. We will see Anushka in a comic avatar after some time and she is sure to win hearts. It’s a fun, quirky ad that will leave you in splits because of Anushka’s brilliant portrayal of a policewoman,” informs a source.

Anushka’s recent endorsements shows that she is pushing the envelope to become a character. The advertisement starts with Anushka in a cop avatar, barging into a house and telling the family members that she needs to search the place. She walks into the washroom and is enchanted by the bathroom equipment. And of course, she busts a couple of dance moves while she is inspecting it.

Anushka shared the video on Instagram and captioned the post, "The Kerovit TVC is action, drama and entertainment-packed Check it out and Share your crazy bathroom moves along with me."

Well, we admire Anushka’s work and will look forward for more such videos.

Why is Deepika Dressed as a Cop?

Anushka Sharma: I've tried to have a distinct voice in cinema

Anushka Sharma's next film to be a cop drama?