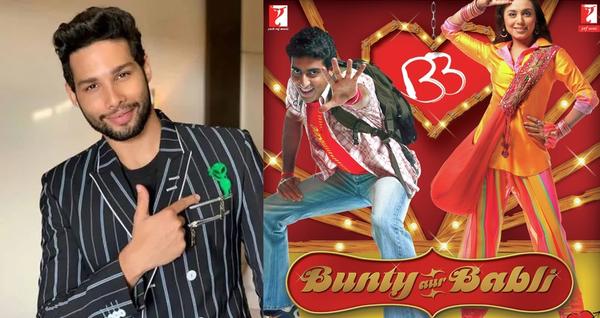 Abhishek Bachchan and Rani Mukherjee's scam drama Bunty Aur Babli will get a second part. As per the latest report, Siddhant Chaturvedi will be the new generation Bunty and a new face will be launched to step into Rani's shoes as lady-con star.

While nothing has been confirmed by Yash raj Films, the first look of the film will be out shortly. The film will hold its original crux and have Rani and Abhishek in a special role in the sequel.

Reports by a media house suggest that Sharvari Wagh who hit the spotlight for being known as Gold actor and Vicky Kaushal's brother, Sunny Kaushal's girlfriend has bagged the lead role and Yash Raj Films is planning to launch her with the film.

Bunty and Babli 2 will certainly be a great movie to make a smashing comeback. It will be exciting to see the newbies step into the shoes of this thug couple. Certainly, there will be remarkable pressure of expectations on them if they are given a chance to be the next 'Bunty' and 'Babli'.

Are you excited to watch newbies rocking the big screen on Bunty aur Babli 2?

Celebrities in this Article: Siddhant Chaturvedi

Katrina Kaif to collaborate with Siddhant Chaturvedi and Ishaan Khatter for a high octane action flick?

Sonakshi slam the media, on the alleged report of spending night with beau Bunty