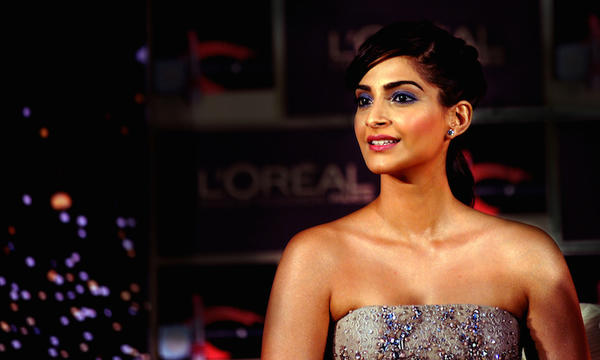 Sonam Kapoor is again back into controversy. Sonam is known to voice her opinions, while some of them have been for her views as an egalitarianist, this time around, Twitter trolls are attacking her for something that seems quite unreasonable.

Sonam spoke to BBC Asian Network, a clip of which was posted on their official Twitter handle on August 15. However, it caught the attention of trolls only a few hours ago, and the actress has been trending on Twitter for the past couple of hours.

Sonam, when asked about the Kashmir conflict after the nullification of Article 370 on the video, said that she can 'give an opinion' only when she has 'the complete information'. But trolls left no stone unturned in attacking her for her 'views' on Article 370, adn for saying that her family has strong links with Pakistan.

In the video, Sonam says, "So for me now, I think it's better to keep quiet and let this pass, because this too should pass... and I think our countries were one country 70 years ago, and the fact that there is so much divisive politics at play is really heartbreaking."

Sonam also said that she is upset at Pakistan banning all Indian films, a decision that the Pakistan government took as part of snapping all diplomatic and cultural ties with India in retaliation to the abrogation of Article 370 in Jammu and Kashmir.

Well, celebrities should ideally be aware of changes that impact the entire nation. On the movies front, Sonam's next The Zoya Factor releases on September 20.

Celebrities in this Article: Sonam Kapoor

Who is Garibon Ki Deepika Padukone?

Why Are Pakistanis Trolling Asha Bhosle??

A Journey...From Mission Kashmir to Agneepath !!!

Is Bebo Really That Hot?