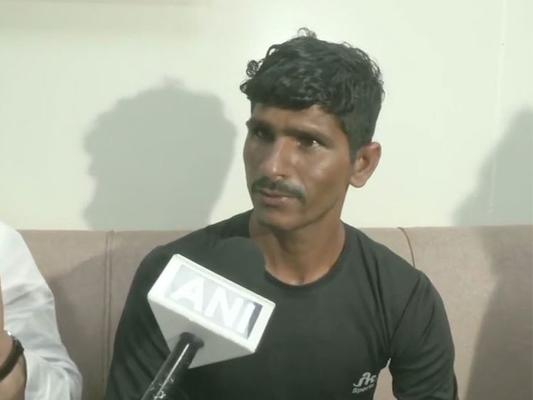 Indian media quoted Rameshwar as saying: "I've been preparing for 4-5 yrs. I want to win a medal for the country. Government has assured me of good training facilities. I won't break the government's trust."

Gurjar received the invitation from the state government after a video claimed that he had finished a 100-meter run in just 11 seconds. The viral video has been stirred on social media ever since then. The video was shared with the caption: "If he gets better facilities and training, he can run 100 meters in 9 seconds".

Rameshwar’s performance has looped in Madhya Pradesh Sports Minister, Jitu Patwari too. Patwari said that the government will provide him with all the facilities to train further.

To make sure Rameshwar gets to refine his skills, the minister has also given his guarantee to help the poverty-stricken youngster, who promises to be the next big thing if his time on the video turns out to be definite. According to the video claims, Gurjhar was clocked at 11 seconds in his solo 100-metre dash, meaning he came scarcely close to levelling the world record set by sprint great Usain Bolt in 2009.

We hope that Rameshwar receives all the support from the government to get fit and polish and then represent India out in the world.

I feel that it’s a very lazy thing to blame the government on air pollution: Dia Mirza

Celebs At The Government Of Catalonia's Spanish Fashion Show 2013