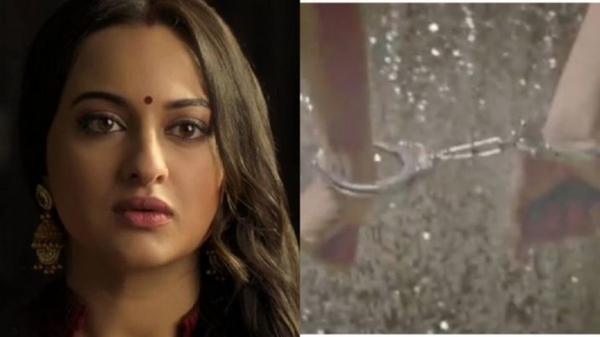 A video of Sonakshi Sinha went viral on social media where she can be seen handcuffed by the police. After the video got viral, the hashtag #AsliSonaArrested started trending on Twitter. The video is going viral on social media, which has surprised fans all over the country.

Sonakshi Sinha has started trending on social media and went extremely viral. Sonakshi then had to come out to explain the video of her being arrested. Sonakshi's close source said that the video was actually a part of brand promotion, which has led to the ruckus.

Meanwhile, on the work front, Sona will be next seen in 'Mission Mangal' which is all set to hit the cinemas this Independence Day.

Celebrities in this Article: Sonakshi Sinha

Sonakshi Sinha: Let's help the people who help us

The Wonders of Make-Up!
LATEST EVENTS / GALLERIES
Most Read
...loading