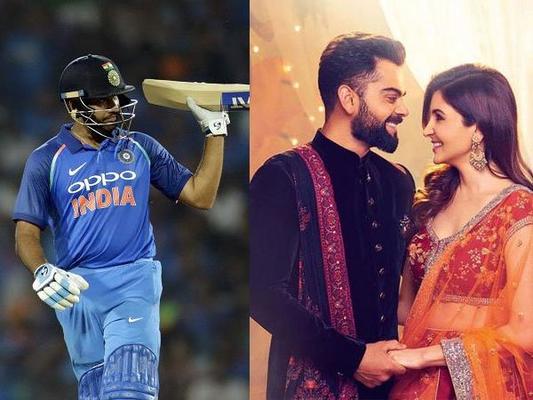 It seems like everything is not good between Rohit Sharma and Virushka. If we go with the recent news, Rohit Sharma has unfollowed both Anushka Sharma and her husband Virat Kohli after a reported fall-out with Virat post their distressing semi-final defeat in the ICC World Cup.

Rumors are that not all is well between Virat and Rohit has been doing rounds for a while. Though neither of them have said anything publicly about the rift, Rohit unfollowing Virat and Anushka on Instagram gives hint about the possible scenario.

Anushka too took to Instagram on Thursday to share an obscure message which netizens are interpreting as her response to Rohit’s act. “A wise man once said nothing. Only truth can shake hands with silence in a mess of false appearances,” she wrote on Instagram Stories.

The 32-year-old, who has not been following Kohli for quite some time, apparently also "unfollowed" Anushka on Instagram. What is more surprising is that Kohli still trails Rohit on the picture sharing website, but not his wife Ritika Sajdeh.

Well, we can hope that everything is in place and the cold war is put to rest.

Virat Kohli shared a picture of the two sharing a passionate kiss on Instagram!

Highlights From The Rocking Match Against Pakistan
LATEST EVENTS / GALLERIES
Most Read
...loading