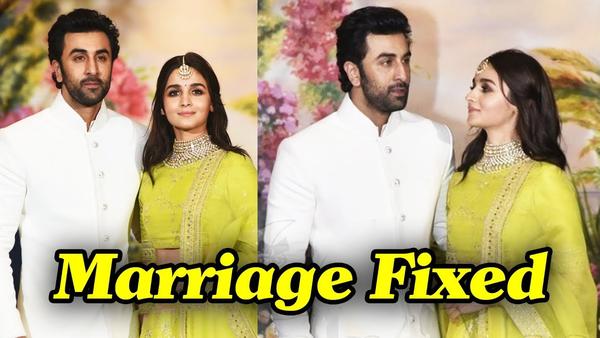 Well, it seems like the very lovable couple, Alia and Ranbir will tie the nuptial knot in 2020. Alia Bhatt and Ranbir Kapoor are planning to tie the knot in this segment of 2020 and Alia apparently also had a meeting with ace celebrity designer, Sabyasachi Mukherjee about her wedding dress.

What began as a crush for Alia since her childhood, materialized into pure love with Ranbir. Such deep is their love that you will never see Ranbir going  to meet his parents, Rishi and Neetu Kapoor in New York, without Alia around him.

As much as Alia Bhatt and Ranbir Kapoor have continuously denied their wedding rumors, reports have been rife that the Kapoor khaandaan are just waiting for Rishi Kapoor’s retrieval and for him to come back so that Alia and Ranbir’s wedding can take place.

While there is time to share more details about the wedding later, as per a media report, Alia Bhatt will be a Sabyasachi Mukherjee bride, quite like her contemporaries for her rumored upcoming 2020 wedding. As per the report, Alia and Ranbir are planning to tie the knot in the first half of the year and she has deceptively had a meeting with the ace designer about her wedding dress.

We are really looking forward for the wedding date. Are you excited too?

Lovebirds Ranbir Kapoor and Alia Bhatt to tie the knot on December 21?

Ranbir Kapoor and Alia Bhatt shopping on the streets of NYC is adores!

Ranbir Kapoor on Marriage with Alia Bhatt: It will happen naturally