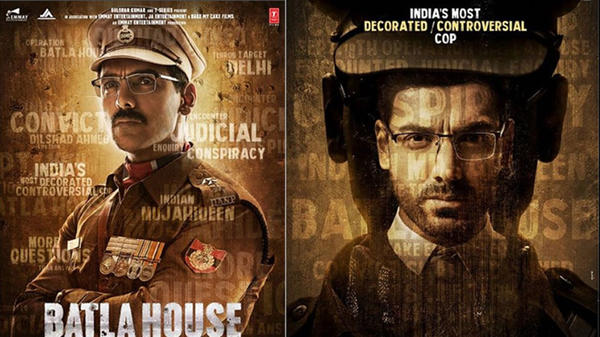 The trailer of John Abraham's upcoming film Batla House is out and we can see John playing a role of a cop again. John is playing the role of ACP Sanjeev Kumar Yadav in the investigative drama.

Batla House is based on an actual story of the contentious encounter of Indian Mujahideen terrorists eleven years ago in Delhi. The trailer of the film begins with John and his team attacking a group of terrorists in a house, followed by a shootout.

Directed by Nikkhil Advani, the film trails the aftermath of Delhi police’s raid at a flat in Batla House and gunning two alleged terrorists in the wake of a series of bomb blasts that killed 26 people and injured another 133 on September 13, 2008.

The trailer has already gained 10 million views within 10 hours of release. After Romeo Akbar Walter, Satyameva Jayate and Parmanu, Batla House is the latest in the string of patriotic films that John has been doing lately and is playing a role of a cop.

We are never bored seeing John as a bad ass cop on the big screen. Are you excited to watch John in Batla House this Independence Day?

Why Does John Abraham Prefer an Independence Day Release for His Films?

Here's how John Abraham is prepping up for action-thriller -- 'Attack'

‘Batla House’: New poster of the John Abraham starrer will leave you curious and wanting for more

John Abraham: Will start shooting of Batla House from November

Should You Force Yourself to Watch Force 2?