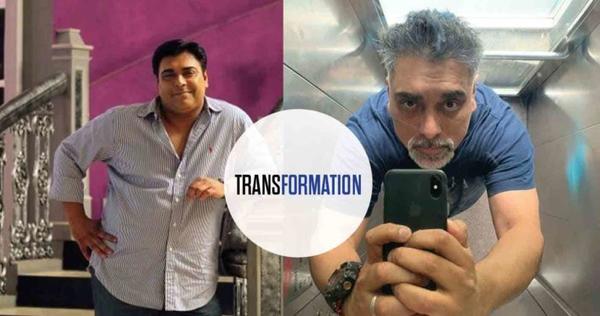 Ram Kapoor has significantly reduced down, all thanks to his core workout and gym sessions. Television actor Ram Kapoor took to social media on Monday and his latest post is sure to make your jaw drop.

With 79.2k followers on Instagram, the actor ideally posts candid moments from his day-to-day life. But while all his posts interest his fans, his most recent posts are everything the fans can talk about right now. Well, Ram has astonished everyone with his physical transformation!

Recently on Monday, the actor took to Instagram to share some of his latest pictures and the difference is noticeable. Sharing a bunch of pictures, Ram wrote: “Wassssup peeps!! Long time no see.” Among the ones to react to his pictures, is his wife former TV actor Gautami Kapoor. Wearing a dull blue T-shirt, sporting a salt and pepper look and a goatee, Ram is hard to recognize.

Ram Kapoor has an enormous fan base; he has millions of fans and followers on social media. He has reliably wowed us with his brilliant performances and now with his looks. We are really inspired by Ram and will look forward to see him more in his chiseled avatar on social media platforms.

Celebrities in this Article: Ram Kapoor

Sabyasachi Gets Trolled for 'Confidence' Post on Women's Day

Amitabh Bachchan expresses his thoughts on Coronavirus crisis; writes, "there is but one common refrain on every lip... be safe, be protected"

Writes singer Armaan Malik deletes all his Instagram posts and says, ‘I can’t take it anymore’

Rishi Kapoor teases his fan with an hilarious posts

Ram Kapoor shares before and after pictures, and they are going viral

Janhvi Kapoor trolled for a fashion outfit for a magazine photoshoot

Sidharth Malhotra slammed for promoting 'A Gentleman' amid Panchkula violence