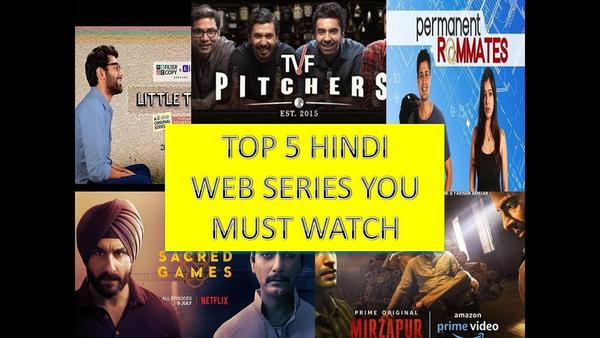 In today’s era, digital platform is growing in a vast manner than big screen movies. Sacred Games and Mirzapur kept the internet awake in 2018, with their sequels releasing in 2019, we are fairly sure that the netizens are going to have a good time in 2019 as well.

If you are a fan of web series, here below we have listed 5 best web series that you cannot miss this year.

>Bard Of Blood- This web series has an enthralling story line of spying. You will be overawed to find out that the lead in this web series is none other than Emraan Hashmi. Bard of Blood is a Netflix’s original and will release in the second half of 2019.

>Criminal Justice: Starring Pankaj Tripathi, Vikrant Massey, and Jackie Shroff, this extraordinary drama web series is out on April 5. Hotstar is marching in the original content genre with Criminal Justice. With Hotstar being inexpensive in comparison to both its competitors, chances of its success are quite high in India.

>Mirzapur (Season 2): The second season of Mirzapur is going to be full of carnage. Season 2 will also answer a lot of tough questions that people are waiting from the season 1.

>Sacred Games (Season 2): The installment of Sacred Games is a must watch this year. Saif Ali Khan had earlier revealed that Sacred Games will have four seasons with 8 episodes each and we cannot skip any episodes out till date.

>Kota Factory: The Viral Fever is back with Kota Factory. This series is India’s first black and white web series. The web series stars Jitendra Kumar, Ahsaas Channa, and Alam Khan. It is the story of every IIT candidate who goes to Kota for preparing to crack his entrance but ends up preparing for his life.

So, keep looking for the above mentioned web series this year.

Would You Like to See Vidya Balan in a Web Series?

Karisma Kapoor to do web series; details inside

After Biopic, Sanjay Dutt's life to be made into web-series

The Wonders of Make-Up!