Why Did Swara Bhaskar Break Up With Boyfriend Himanshu Sharma? 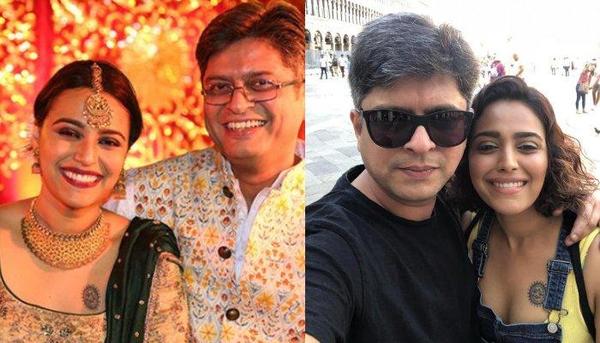 It is now in news that Swara Bhaskar and boyfriend Himanshu Sharma recently went through a rough breakup and parted their ways. Swara and Himanshu allegedly started dating during the shooting of the 2011 film Tanu Weds Manu, in which Swara was cast in a supporting role and which Himanshu wrote.

As of now, neither Swara nor Himanshu have officially announced a split but the news about their break up is out in public. As per a source close to the couple claimed that "separation is amicable" and told a media channel that, "Swara Bhasker and Himanshu Sharma have parted ways due to their disagreement about what the future should look like. The separation is amicable."

Swara Bhasker and Himanshu Sharma have worked together on numerous projects that include Aanand L Rai's 2013 film Raanjhanaa, and the Tanu Weds Manu series. Himanshu Sharma is a National Award-winning film writer, who stepped into the industry with the 2007 film Strangers. He has also written scripts for TV shows such as Kkusum and Bhootwala.

Well, we should ideally wait until the couple publicize the news of their breakup before anticipating.

Celebrities in this Article: Swara Bhaskar

Swara Bhaskar: 'Mughals' didn't loot India, they made us rich

Swara Bhaskar to get married by the end of the year?

After Salman, Swara Bhaskar keen to work with SRK

Swara Bhaskar: Might do something strange again in my next

Sonam Kapoor And Dhanush At The Wrap Up Party Of Raanjhnaa