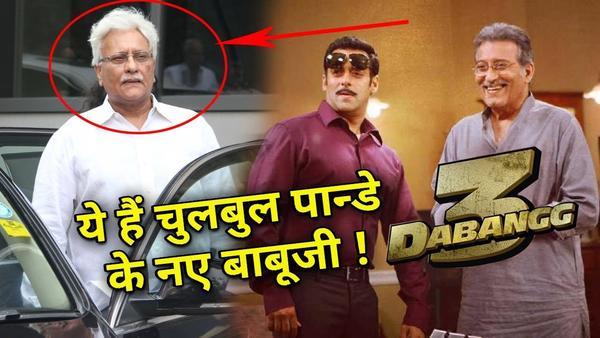 As you already know, Salman Khan is working on the 3rd installment of the hit Dabangg franchise. This is the film that re-established Salman Khan as the big Khan of Bollywood. But after Vinod Khanna pssed away some time back, people wondered if the character would be bumped off in Dabangg 3.

But now it is being reported that Salman Khan's father in the film, Pandey ji, will not be bumped off. In fact, Salman has found a way to keep Babuji alive in the film. He is replacing the actor that plays the character. Late Vinod Khanna is being replaced in the film by his own brother Pramod Khanna.

We all know how Salman likes to find lookalike replacements for people in his life. From Aishwarya to Katrina to Vinod Khanna, Salman can find a lookalike for anyone!

Sridevi: I never imagined I'd work with Akshaye Khanna