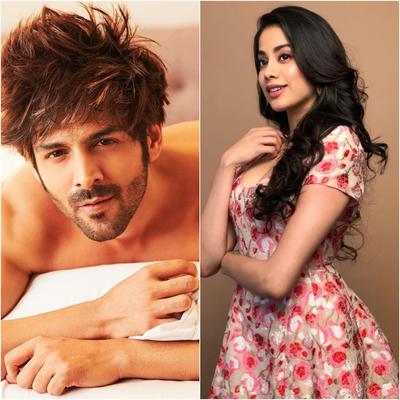 Well, the long awaited news is now out. Karan Johar announced his next production, Dostana 2, on Twitter. The film will feature Kartik Aaryan, Janhvi Kapoor and a new face in the lead roles.

Keeping all the rumors to respite, Karan Johar took to twitter to announce that Kartik Aaryan and Janhvi Kapoor will be playing the main roles in the upcoming film.

Though, the third actor in Dostana 2 is not confirmed yet. According to Karan's tweet, he will soon be launching "a suitable boy" who will be a fresh face.

Karan wrote, "The return of the franchise with unlimited madness! @TheAaryanKartik, #Janhvi & a soon to be launched fresh face - making it the trio for #Dostana2, directed by @CollinDcunha. Watch out for the third suitable boy! @[email protected]"

In an interview with a leading newspaper, Karan confirmed that Kartik and Janhvi will be a part of Dostana 2. This will be the first time that the Luka Chuppi actor will be working together with Dharma Productions.

"I am excited to take the Dostana franchise forward with Kartik and Janhvi, and can’t wait to create some desi boy-girl madness with them. This is Dharma Productions’ (his banner) first film with Kartik and we are looking forward to working with him. We will also be introducing a new male lead, who will join the incredible talent at our production house. Collin D’Cunha also makes his directorial debut with Dostana 2," the producer told the leading newspaper.

Well, we will be looking forward to watch the movie with all new actors on the big screen.

Kartik Aryan is All Set to Star in This Telugu Remake

Guess Which Celebrity Kid is Being Launched in Dostana 2?

Kartik Aaryan opens up about being part of ‘Dostana 2’, says the film will push the envelope

Abhishek joins the cast of Dostana 2, and mind you, it's not Bachchan, but Abhishek Banerjee

It's Chandigarh to Patiala for 'Dostana 2's Kartik Aaryan, Janhvi Kapoor and Lakshya