Did You Know Sleeping With the TV On Can Make You Fat? 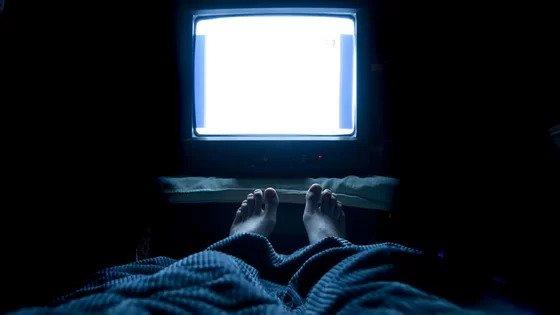 According to a new research, sleeping with the TV on can actually make you fat. The outwardly harmless habit just might make you pack on a few pounds. Research shows that falling asleep with a lot of non-natural light on is now connected to an amplified risk of weight gain and obesity.

According to a new study issued in the Journal of the American Medical Association, which studied the sleeping habits of nearly 44-thousand women in the US, found those who say they sleep with a TV or a light on in the room gained 11 pounds or more and had a body mass increase of about 10-percent over a 5-year period. There was also a 22-percent chance of becoming overweight and a 33-percent chance of becoming obese or having too much body fat.

Health officials commend taking TVs and other tech devices out of your bedroom in order to support a healthy sleeping environment. So, from now, kick the habit and cut the lights during your sleep.

Are You Putting on Weight As You Sleep?

Not Getting Enough Sleep Wrecks Your Heart!

3 Ways in Which Your Sleeping Habits Affect Your Fitness.

You May Be Gaining Weight Because of Less Sleep!

Alia Bhatt: Lights means so much to me

Harshvardhan Kapoor: If the work is honest you can sleep well at night

Neha Dhupia: Kajol lights up screen when she's there

Big B: Sleeping on a film set is a gifted moment in the script

Salman Khan is yet to decide the project after “Tube light”

What Does Your Sleeping Position Say About You?

Sleep Affects How You Look!

Have You Tried the Military Diet?