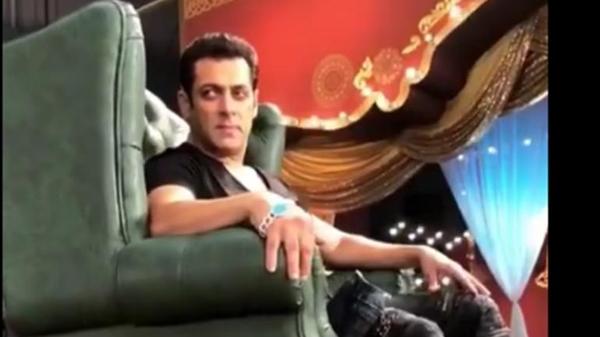 Fans were left wondering when Salman tweeted "Something new is coming up". This was Salman's way of telling us about his new TV projects. Yes, Salman is hosting Bigg Boss again. But he is also all set to join the team of Nach Baliye.

It is being reported that Salman Khan's production company is producing this season of the hit celebrity dance reality show. He is not only producing the show but is also all set to judge it! With such a big name associated with the show, something's got to be different, right?

So this season will have celebrity love birds dancing away along with celebrity ex-jodis! Couples that have broken up will also be participating in this season of Nach Baliye. Celebrity jodis invited this year include Prince Narula-Yuvika Chaudhary, Urvashi Dholakia-Anuj Sachedeva and Rubina Dilaik-Abhinav Shukla.

Guess Who is the Highest Paid Celebrity on Nach Baliye 9?

Anita Hassanandani: Will give my best shot on Nach Baliye

Terence,Shilpa and Sajid Khan On Location Shoot of Nach Baliye 6

Deepika Padukone On The Sets Of Nach Baliye 5