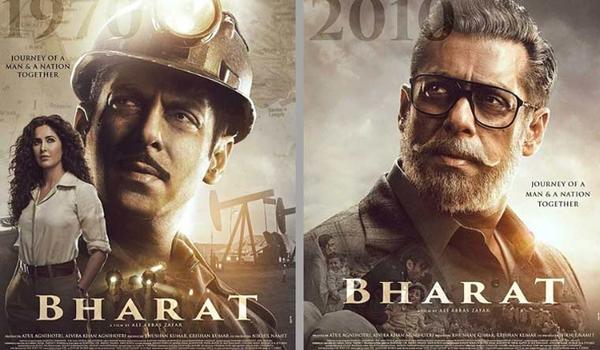 Salman Khan is able to give a perfect Eidi to his fans this year with Bharat. Bollywood superstar Salman Khan's much-anticipated film Bharat, which was released on Eid, raked in over Rs 30-35 crore on its opening day, say early estimates.

Despite hard-hitting competition from the much-hyped India vs South Africa World Cup match, Bharat emerged stouter at the box office. Salman has once again proved that he is a troop puller, and Bharat's first day collection is proof of it.

Director Ali Abbas Zafar succeeds to capture in 2 hours and 47 minutes the ups and downs that this man and his country wade across. The best part of Bharat the film is that it has something for everyone. It is the prototypical big Salman Khan Film with all its accoutrements including romance, comedy (and a lot of it, thanks to Sunil Grover), drama, action and emotion.

Why are Fans Threatening to Boycott Salman's Bharat?

'Bharat' is Salman Khan's ode to his father; read how

Bharat: Salman Khan worried about the length of upcoming film

Salman Khan released the teaser of bharat on Independence Day

Salman Khan kickstarts the second schedule of Bharat in Malta!

Priyanka Chopra to opt out of quantico for Salman Khan's Bharat?

Is Kick As Good As The Hype Suggests?