Tiger-Hrithik Film Gets a Title, Finally! 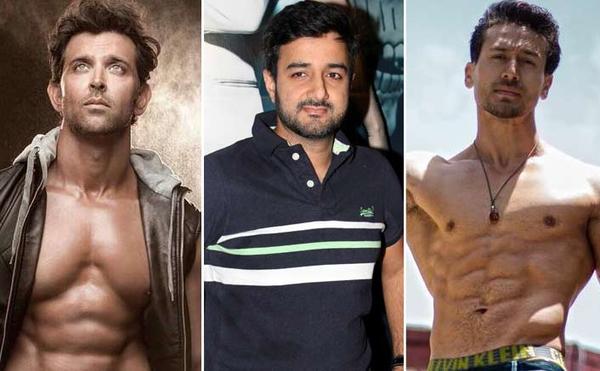 After a lot of struggle and speculations, finally Siddharth Anand’s next with Hrithik Roshan and Tiger Shroff gets a title. As per the recent reports, the makers have finally zeroed down to a title and even the first look of the film is ready.

According to a media source, the film has been titled – Fighters. The source close to the actors revealed that the first look poster of the film is already finalized and it has the title Fighters on it. Apart from the title, it also features Hrithik and Tiger on it. The look of both the actors is quite raw and rustic, and it is something exciting to look forward to. Looking at the poster, it looks like that the action game will be next level in the film and the competition level between the actors will be a visual manifestation.

Apart from Hrithik and Tiger, the film also features Vaani Kapoor in the pivotal role. The YRF’s project is slated to hit the theatres on October 2, 2019.

Well, this is what we have heard from a media source for now! We hope to keep you updated with more exclusive information about the film in the coming days.

#HrithikVsTiger Faceoff - Rambo Remake is On!

It's Official: Hrithik and Tiger are Teaming Up!

Hrithik Roshan & Tiger Shroff yet to shoot their dance off, to film in August

Hrithik Roshan is perfect in his takes: Tiger Shroff

It’s a wrap for Hrithik Roshan and Tiger Shroff's film