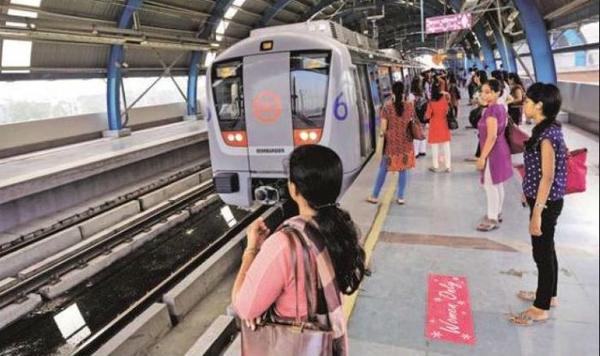 Arvind Kejriwal has announced freebies for all the women in his state. Women residing in Delhi can now enjoy free transportation service. This is not limited to DTC buses. The freebies include free access to the popular Delhi Metro and also the feeder buses for the Metro.

Does this move mean that the Metro fares will go up once again? After all women make one third of the Metro's passengers. The already struggling Delhi Metro Corp cannot bear more losses due to the government's freebie announcements. But Kejriwal has said that Delhi government will foot the bill for this freebie. Kejriwal is touting this announcement as a move to improve women safety. But commuters ask how is this move linked with safety! If safety improvement was a goal, the government should have extended Metro operation hours after 11 pm in the night!

Clearly, this announcement show Kejriwal's desperation after the party's dismal performance in Lok Sabha Polls. Considering the upcoming Assembly elections and the current BJP tsunami sweeping the country, this is a desperate attempt to retain power!

What is your view?

As Kejriwal Announces More Freebies, Will Delhi Vote For Him Again?

An Insignificant Man : Political Biopic Gets a Release Date

Are You Taking Advantages of Internet Freebies?

Free Internet May Be A Reality Very Soon!

Anurag Basu’s next film is not a sequel to "Life… In A Metro''!