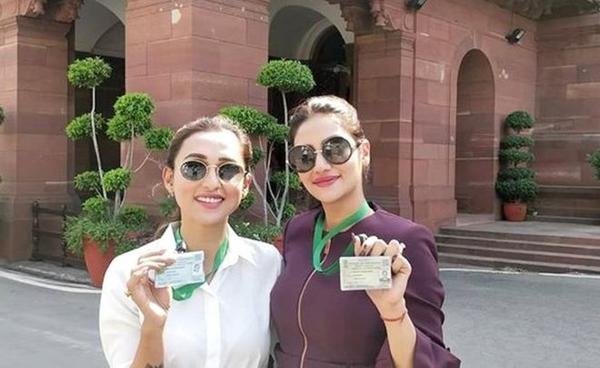 Two Indian female film stars, lately chosen as MPs, hit back after being trolled for wearing "western clothes" to their first day in parliament. Mimi Chakraborty, 30, and Nusrat Jehan, 29, tweeted photos of themselves in trousers and shirts - and drew Twitter flak for looking "vulgar".

Trolling is now a daily habit that people are getting used to. On their first day at the parliament in capital Delhi, Chakraborty and Jehan posed with wide smiles in front of the imposing building - they looked chic and relaxed, with their sunglasses on and their hair pulled back. But most people were insulted by their dressing sense. Several people have jumped to their defense since news of the trolling spread.

MPs are answerable to the public, but only if they're not performing their duties or if they're casing behind in terms of serving their people.

Mimi and Nusrat are two adults who have every right to decide what they want to wear and how they want to present themselves at the Parliament. And wait for it, they have been elected. To disgrace them merely on grounds of clothing or their activities on social media is not just wrong but also experiments the very authority of women MPs in the Parliament.

It is very uncool to troll our new female MPs.

The Ambedkar cartoon on NCERT textbook

Race 3 trailer trolled too much? Salman Khan reacts in his trademark style